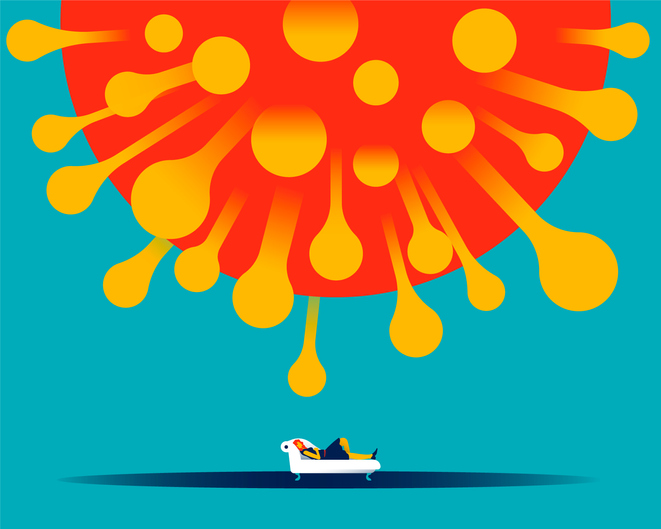 Findings are accentuated in people with myalgic encephalomyelitis/chronic fatigue syndrome.

It has been well documented that reactivation of latent herpesviruses and human endogenous retroviral elements (HERVs) occurs in people with severe COVID-19 and may affect the course of the illness.  A new study from the Karolinska Institute examined whether this happens in mild/asymptomatic COVID-19, as well. Two groups with mild/asymptomatic COVID-19 were studied: those who before the pandemic had been diagnosed with myalgic encephalomyelitis/chronic fatigue syndrome (ME/CFS), and those who had been healthy. All study subjects had not yet been immunized against SARS-CoV-2.

All study subjects had anti-SARS-CoV-2 antibodies in either plasma or saliva, and often had confirmatory PCR testing. Testing also was done in control subjects without evidence of SARS-CoV-2 infection.  Antibodies against multiple herpesviruses as well as HERV-K were evaluated.

In some study subjects, saliva specimens before the COVID-19 pandemic were available. In people with ME/CFS, but not in healthy controls, there was significant upregulation of antibody levels against EBV-VCA-IgG, HERV-K IgM, HSV-1 IgG, and CMV IgG before they developed COVID-19, indicating a possible state of chronic low-level activation of several herpesviruses.

Results did not appear to be influenced strongly by gender, age or past history of infectious mononucleosis. For reasons that are unclear, antibodies against HHV-6B were not evaluated, nor were antibodies against the HHV-6A immediate early antigen  IE1A, which investigators from the Karolinska Institute and the German Cancer Center previously have found have predictive value in multiple sclerosis (Bistrom 2021). In that study, HHV-6 IE1A antibodies, but not HHV-6 A/B late protein antibodies, were elevated in patients with multiple sclerosis.

This study identified a more robust antibody response against SARS-CoV-2, multiple herpesviruses and HERV-K in saliva than in plasma, in the patients with mild/asymptomatic COVID-19. That interesting result could indicate that vigorous mucosal immunity in the upper respiratory tract may have offered some protection against severe systemic infection, explaining why the patients were asymptomatic or had only mild symptoms.

Finally, the study is consistent with other evidence that infection with SARS-CoV-2 encourages reactivation of several latent herpesviruses, and HERV-K, even in people with clinically mild infection. This reactivation may be more vigorous in people with ME/CFS, who may also have had higher levels of reactivation before contracting COVID-19. Whether the reactivation affects the symptoms of ME/CFS, or of Long COVID, remains to be determined.